On Saturday, October 1st, I attended one of the shows of Brooklyn Fashion Week{end} (BKFW), held at Industry City at Bush Terminal. BKFW is presented twice a year by Brooklyn Style Foundation, a nonprofit organization that provides emerging, low-income designers with the tools necessary to be successful in the fashion industry. This year’s theme was “Fashion Freedom.” Exciting up-and-coming designers from around the globe were given the opportunity to showcase their Spring/Summer 2011 collections on the runway from Sept 29th – Oct 2nd, 2011, which also benefited the MTV Staying Alive Foundation. Comparable to Mercedes-Benz Fashion Week, BKFW has become a powerful platform for designers on the verge of stardom to become a visible to media, buyers, and industry insiders.

Edgy fashion designer and stylist Dramatik Fanatic (Rashard), presented his Dramatik Fanatic menswear & womenswear Spring/Summer 2012 on October 1st 2011 at BKFW. Known for his glamorous, over-the-top creations, this was one of the night’s heavily anticipated shows, and it delivered. Sequins, feathers, silk and bold colors bedazzled the runway with vivid, sexy, and unapologetic creations. Make no mistake, the pieces in the womenswear collection are not meant for the insecure, but cater to the confident woman, who doesn’t mind being the center of attention and having all eyes on her.

The menswear line did feature some sequin embellishments, but for the most part, was tamed, as it highlighted this season’s leopard print trend, small pops of color on solid shirts, and distinct shoulder padding designs. 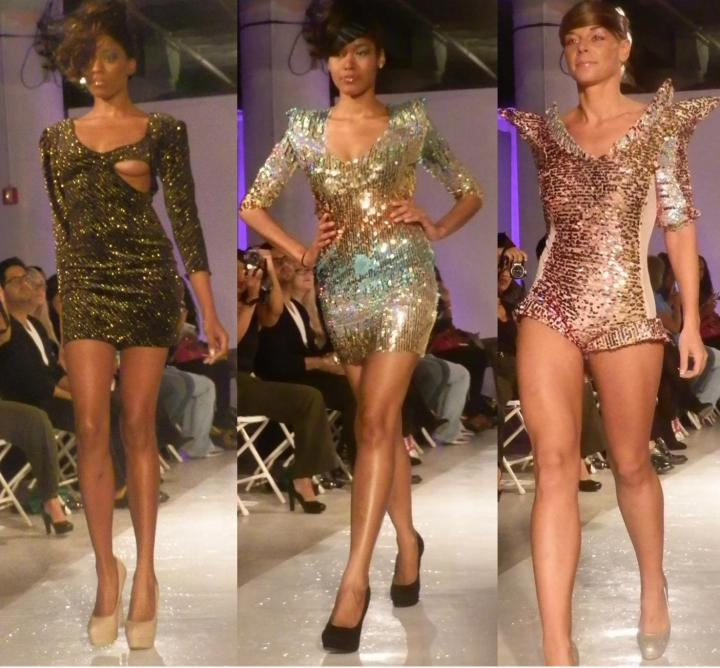 Designer Roberto Etxeberria reveled his Spring/Summer 2012 menswear collection on October 1st 2011 at BKFW. Deep blues, solid whites, and stripes ruled the runway, and were reminiscent of the sailor vibe meets effortless sophistication. There were many pieces that just screamed vacation, and made me wish I were in overseas watching these sharply dressed men walk the streets of Barcelona, where the designer currently resides.